help stop nye bevan from spinning in his grave and keep access to health services free for all at the point of need. 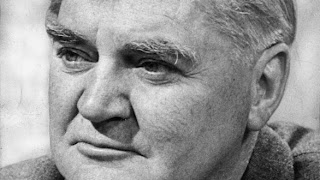 our national health service certainly isn't perfect but it's certainly worth fighting for. it seems that the main purpose of these reforms is to commercialise the whole nhs. health care should never be about profit. this can only lead to greater health inequalities whilst opening up a system ripe for fraud and manipulation. how can planning care provision around market forces ever be beneficial to its users?! services will be cut and it will be, as always, the most vulnerable that will be at greatest risk. it's been 3 weeks since jane busted her foot and unfortunately, i don't think she's going to be back on the fells for at least another month or so. fortunately though, she's taken to this cycling lark like an injured runner to, well cycling. rolling out from the front door with the sun in our eyes and the wind on our backs. quiet lanes and rolling hills. a lazy lunch stop with extra chips. heavy stomach and a headwind. a slow grind to the trig and an effortless freewheel all the way home. it's easy to forgot how lucky we are.
7 comments

not running the high peak marathon

they say that managing to get your team of four to the start is the hardest part of the high peak marathon. with the nature of the training involved it's quite likely that someone will end up injured or even think better of it. unfortunately, this year for us it happened to be jane. she suffered a tendon injury/stress fracture/bloody painful thing in her foot 2 weeks ago, whilst walking to town of all things. after much deliberation we decided as a team it was more important to stick together as a gang than try and draft in new members at short notice. though i'm sure we could have found a willing victim. fortunately the organisers have allowed us to roll our entry over. which means a summer of bleaklow reccys!

obviously it's been a bugger for poor jane. no pot but she's been advised to rest, for the obligatory, 4-6 weeks. hobbling around and generally feeling a bit fed up, she came to the conclusion that maybe, just maybe riding a bike might hold the answer to the non-running blues. a quick test ride last week on mine proved that she could pedal pain free. then a quick trip to decathlon and one new bike later saw the first proper smile on her face in 2 weeks. so on saturday, the day of the high peak marathon, i met up with the remaining members of team marathon-schmarathon in edale. we decided to run the skyline route, which proved to be a belter of a day for it. our paths crossed with several hpm teams on their finishing stretch. it was really great to be able to cheer them on and secretly be relieved that we were just doing a 'short' 20 as a posed to a boggy 42miler. and what of poor jane? well she too enjoyed the sunshine and had her first proper ride out. pedaling over from chezvegas into edale to meet us for tea and sustenance in the afternoon. and despite a horse trying to eat her gloves (??!!), it looks like we've got a new cyclist in our midst. every cloud and all that.....

our mate gaynor, the one who's very good at running for a looong time, is also pretty good at organising races too. we ventured south for a bit of heckling. sorry, i mean marshaling the other weekend at the beast. think we had the best seats in the house. our job, to encourage runners through the 'water feature'. i was so good at this that one runner even threw a clump of pond weed at me. having never been this side of the tape before and i was surprised at how much fun it could actually be. possibly due to the fact that i didn't have to wade through stagnant, foul smelling, freezing water. having said that, i've never seen such a happy bunch of runners!
3 comments

i met ros for the final piece of the high peak marathon puzzle. just the two us, for the short jog over from snake pass down into edale. it's a good feeling when you can start to say 13miles is a short run, albeit on a mainly downhill route. the car shuffle meant we'd set off slightly later than planned but we made good time to the top of the downfall. perfect crystal blue skies and what seemed to be the last of the winter chill. the few odd patches of ice but good running across the plateau. and for a change, we could see the rest of the route laid out before us. perfect, just a shame that the other members of team marathon-schmarathon weren't with us. (but that's another post.)

the new slabs between jacobs ladder and brown knoll help keep the pace up. by rushup edge thoughts soon drift to the station cafe. i'd already planned my meal choice, cheese and onion toastie washed down with full fat coke. followed by a pot of tea and a large slice of carrot cake. then, as we jog up to my parked car in edale, the realiastion of my utter stupidity hits me. i've left my car keys in my jacket pocket, which is in the back of ros's car, which is of course at still at snake pass.

it took a little while for ros to believe that i wasn't joking and then a little while longer to convince her that hot wiring my car wasn't an option. she passed me her keys and i headed off back over kinder. a lovely afternoon for it, if not an entirely planned 23 miles. i think i'm running out of ways to describe snow. i'm certainly running low on words for ice. but i'll never tire of these conditions. another absolutely glorious day in the dark peak. another day of bloody hard work. another day of being thankful for snow accessories. without the spontaneous purchase of some microspikes on the way to the hills this morning, i don't think we'd have got out of the car park. maybe a little over kill on some trods but you can't put a price on the confidence they give in these now indescribable conditions.